You may have seen him in various magazines and exclusive LA Muscle shoots, but this time, Rob Riches takes Hollywood Extra behind the scenes of his own 8-page Muscle and Fitness photo shoot in Los Angeles, and reveals how he got in top shape for one of the biggest fitness magazines in the World.

In this first of a two-part series, Rob talks about how he approached the magazine after winning a fitness show, and gives advice to anyone wanting to get their first magazine shoot, including showing some special foods he eats prior to any photo shoot or competition, that
gives him extra energy, vascularity, and tightened skin to ensure he's looking his best when in front of the camera. Also, keep an eye open for which award-winning product Rob relies on for his rock-hard
conditioning.

Stay tuned for Part 2 to see Rob photographed for the different poses, and just how much of an effect the right angle can make when being photographed. 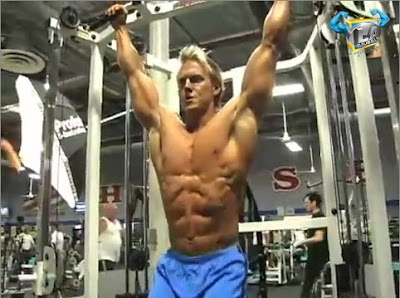